The publisher’s companion web site for the book has content associated with each chapter, including videos, software, and data files.

Amazon’s page for the book has a complete table of contents, samples of several chapters, and independent reviews.

Listed below are errata for the 2nd edition that are known to the author, listed in order by page number.  Obvious typos of little significance are not included in this list.

68 The double partial derivative symbol in the denominator of Eq 3.26 should  only be one.

The errata listed here have been corrected in the 2nd edtion. These are errors known to the author, listed in order by page number. Obvious typos of little significance are not included in this list.  Thanks to Scott Korom, Phillip Binning, Mark Bakker, Ye Zhang, and David Mays, who have discovered and reported some of these.

44  In Figure 3.4, the water table should be higher, consistent with the well levels.

47  Bear (1972) estimates the critical Reynold’s number (R)  to be between 1 and 10.  In Bear’s definition of R, he uses specific discharge q instead of average linear velocity v.  Note the use of v as in Equation 3.10 is the standard definition of R in fluid mechanics.

128 In Figure 5.2 there is an extra dve  floating between the upper and middle graphs.

139 In Figure 5.11, the arrows on the faults to the right of the basin show reverse faulting, but they should show normal faulting like on the left.

383 The Baetsle (1969) solution quoted in Eqs. 10.43 and 10.44 is incorrect, as was the original published in 1969.  To be correct, there should also be a factor n (porosity) in the denominator of the first fraction to the right of the equal sign in both equations.

415 The answer for Chapter 1 problem 5c assumes that groundwater pumped from wells is returned to the ground within the basin.  If you assume it is exported out of the basin, then the correct answer would be ET = 12.7 in/yr. 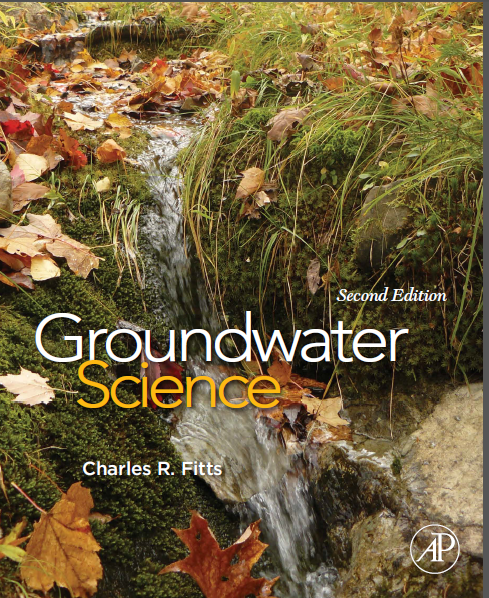