Transient simulations have time periods and time steps similar to MODFLOW.  You can vary most inputs through time: well and line boundary discharges, specified heads, river stages, recharge rates, and surface water levels.  Transient outputs include contour and vector plots at each time step, transient head profiles along a line, hydrographs at wells or any point, river reach discharges vs. time, multi-level well discharges by level vs. time, discharges vs. time at head-specified boundaries and wells. 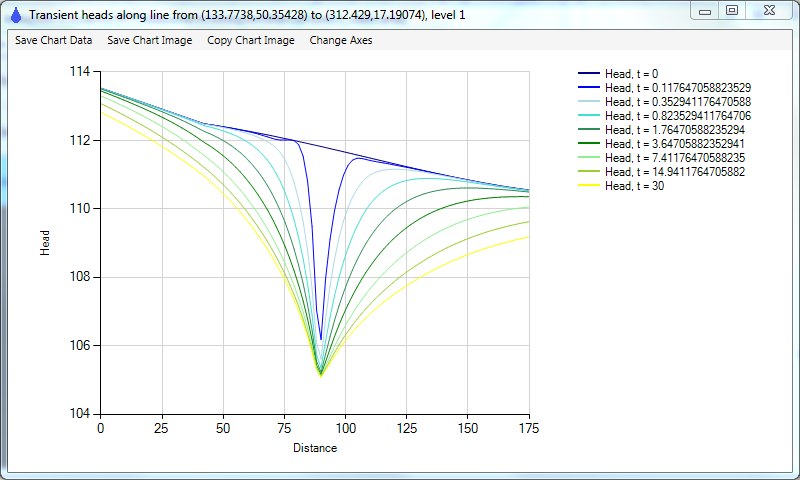 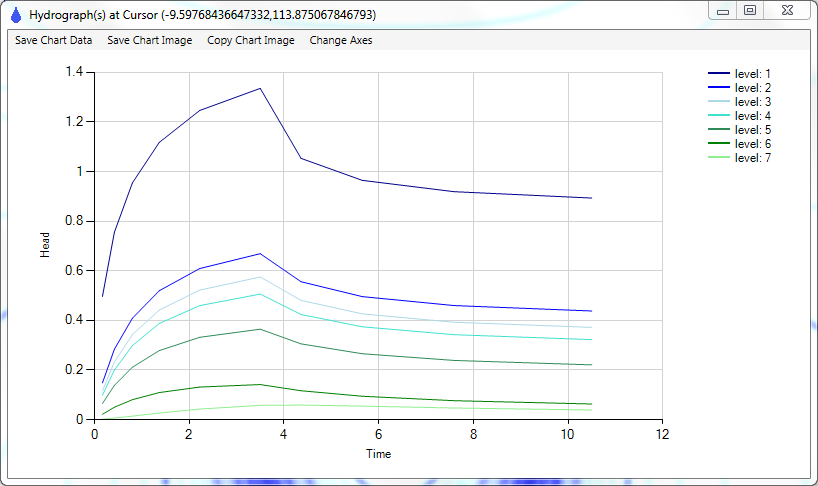 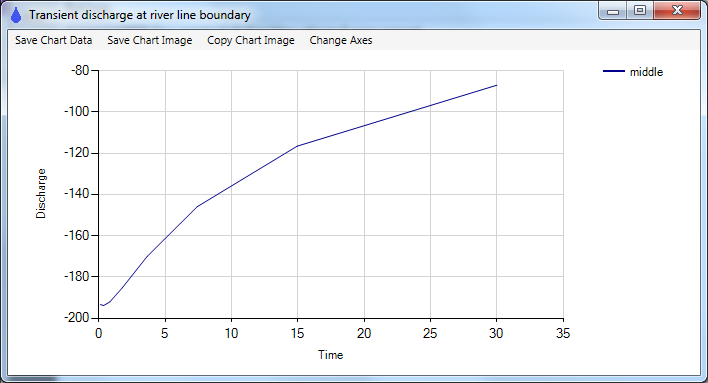 AnAqSim allows up to 15 layers in a model, so you can simulate 3D flows, partially-penetrating wells, flow under streams, and more.  Layering schemes can change from one area of the model to another. Layering schemes transition at interdomain boundaries, where the normal component of discharge and heads are matched. This flexibility allows you to concentrate layers and detail in the area of interest.

Each domain in AnAqSim can be anisotropic, with any ratio of Ks and any orientation of the principal axes of K. The model at right shows a barrier and well in an anisotropic aquifer.  Unlike isotropic domains, pathlines are not everywhere normal to the head contours. 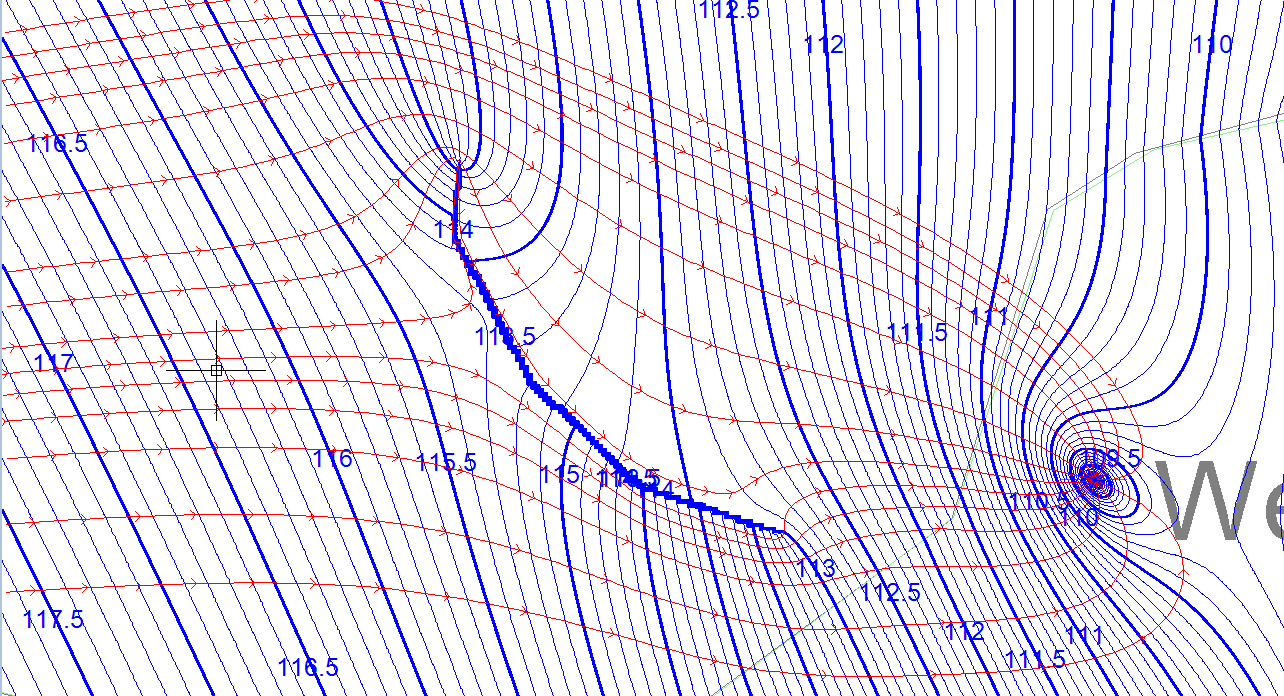 AnAqSim traces pathlines in 3D, even in single-level models.  Pathlines can be traced upstream or downstream, with markers at specified time increments, and for a specified total time.  You can start pathlines from a single point, multiple points along on a line, multiple points around a well, or points spread uniformly over the area of a polygon.  Starting points can be specified at multiple levels vertically.  Pathlines can be selectively drawn to include only those captured by selected wells or line boundaries, for analyzing the zone of contributing recharge, for example.

The model at right traces pathlines from starting points at the water table (red circles) within the red polygon area downstream to a shallow permeable trench and a well at the downstream end of the trench.  Only the pathlines captured by the well are displayed. 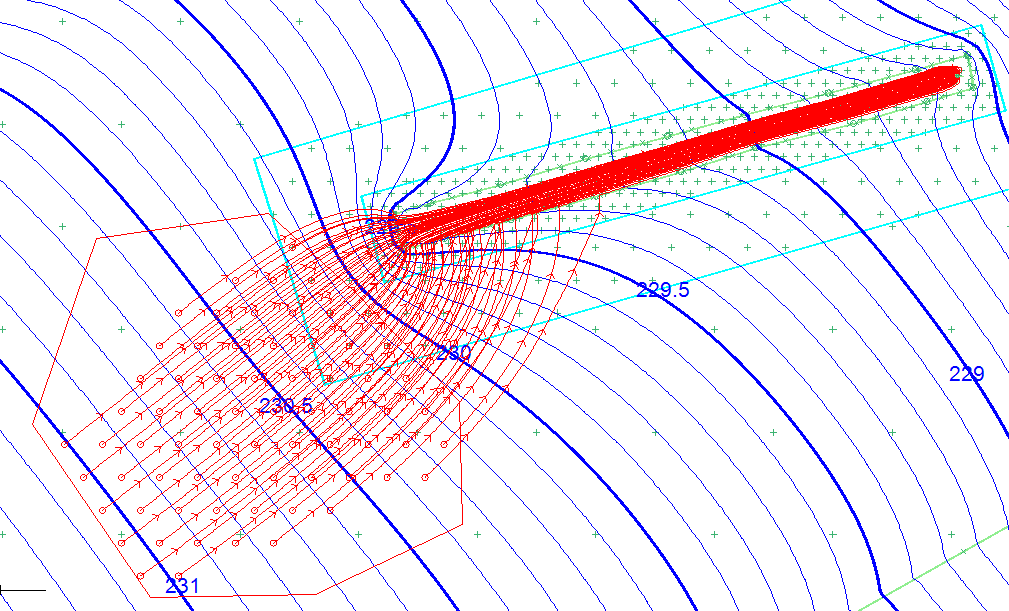 AnAqSim can simulate unconfined and confined domains with fresh/salt interfaces modeled using the Ghyben-Herzberg approximation (see Strack, 1989).  The interface is assumed to be sharp and the salt water is assumed hydrostatic.  At right is a vertical profile of the simulated fresh/salt interface in a model with two aquifers separated by an aquitard.  AnAqSim’s results compare closely to SEAWAT and MODFLOW (SWI) results for the same vertical profile (from Fitts et al, 2015). 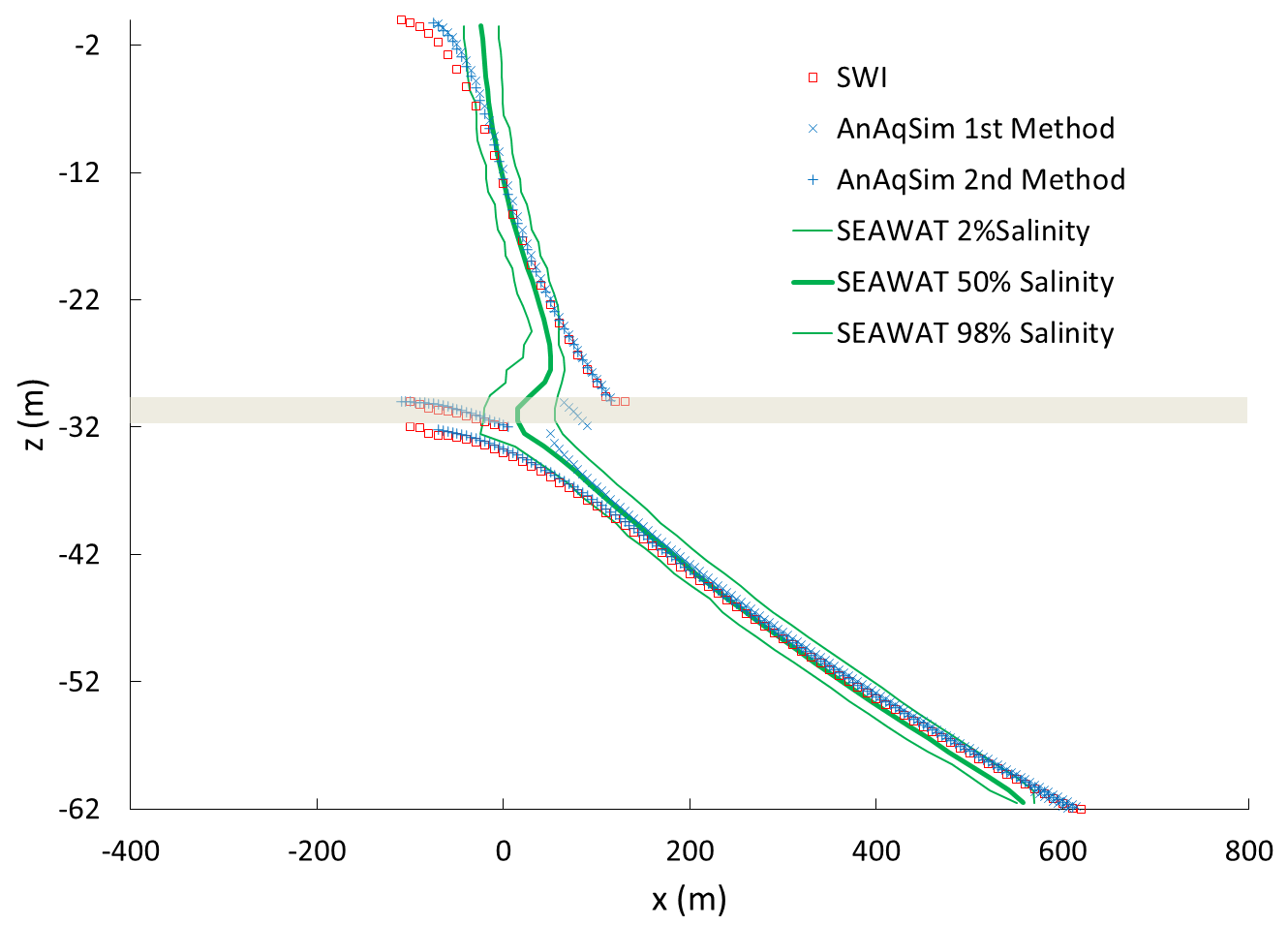